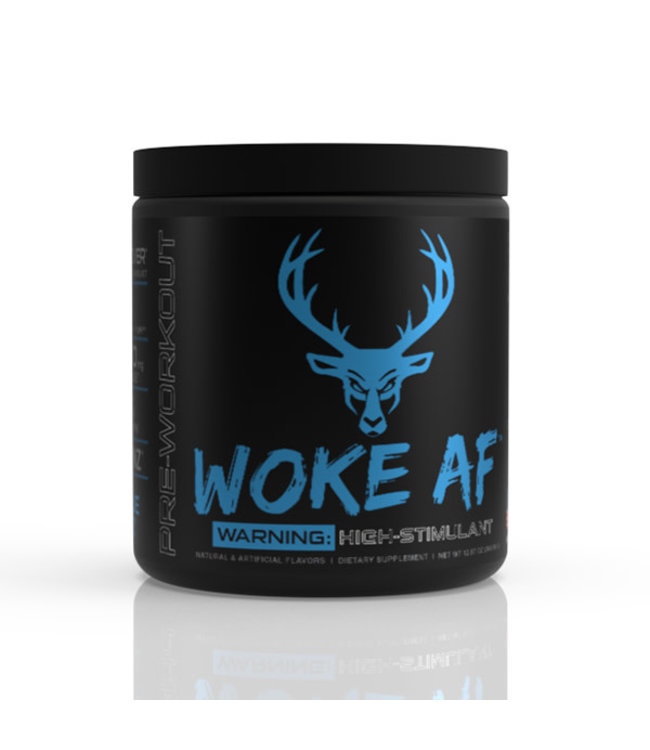 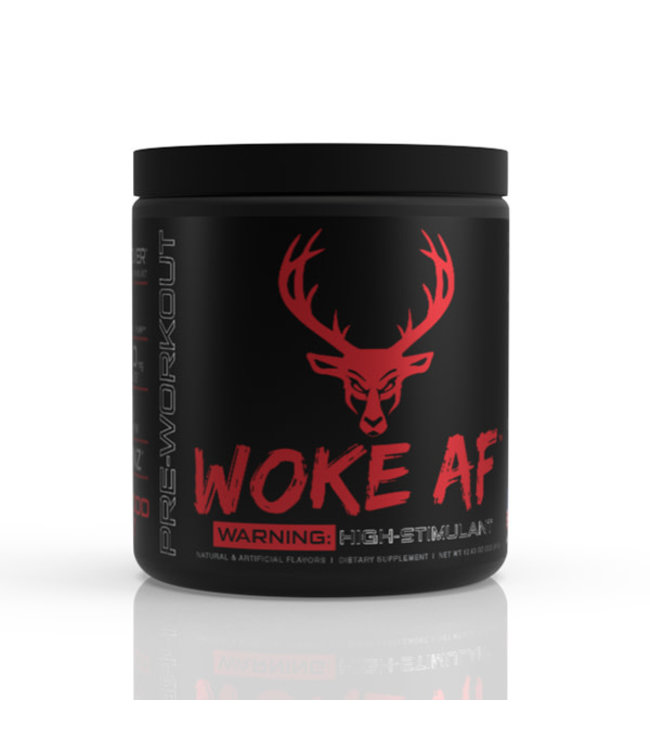 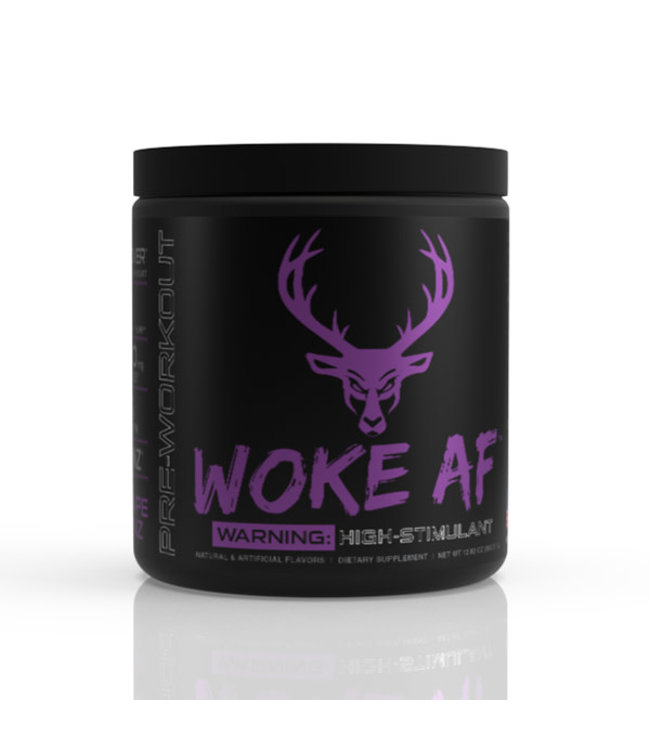 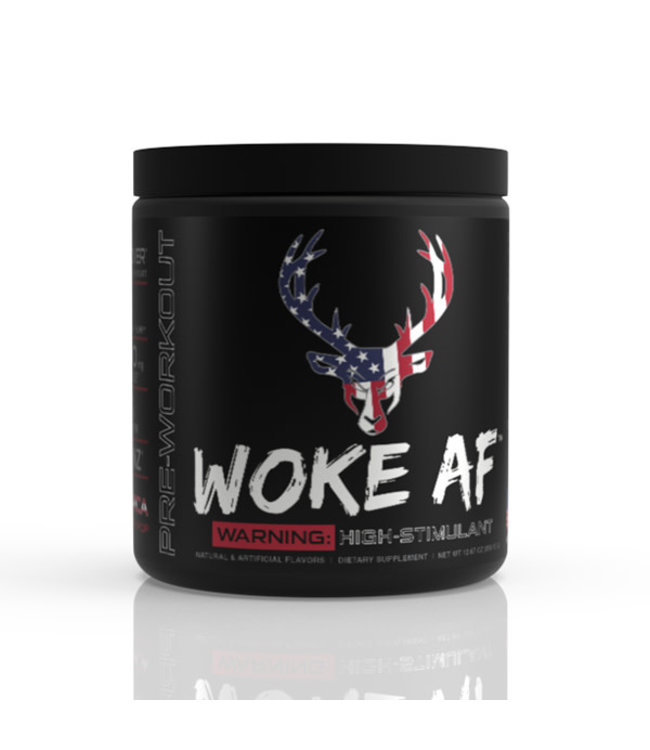 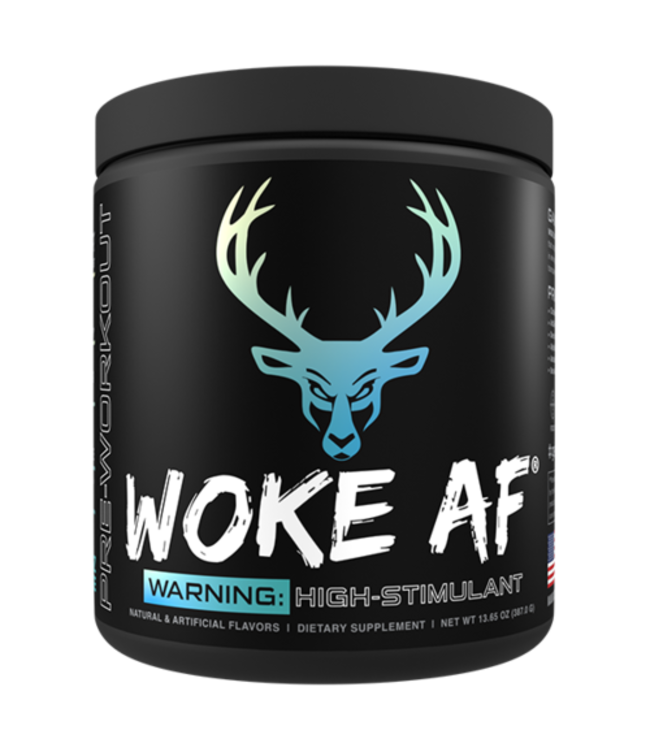 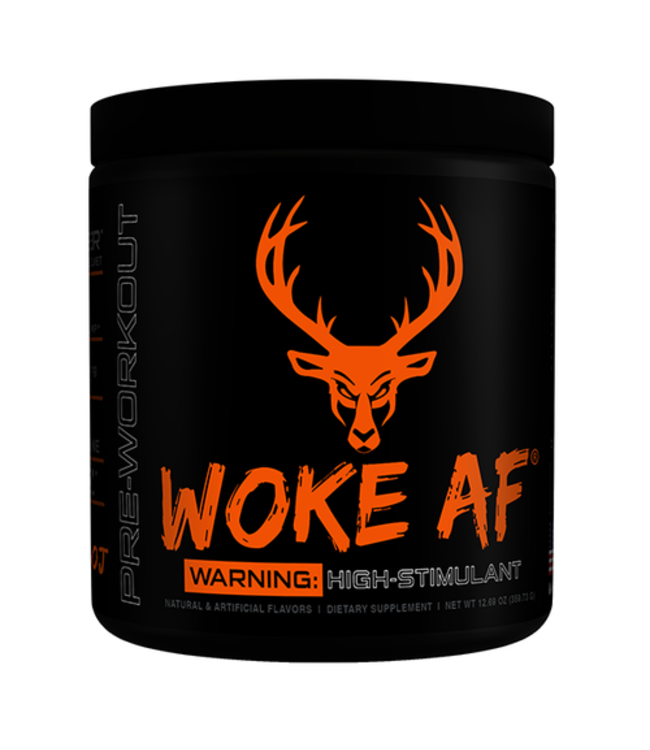 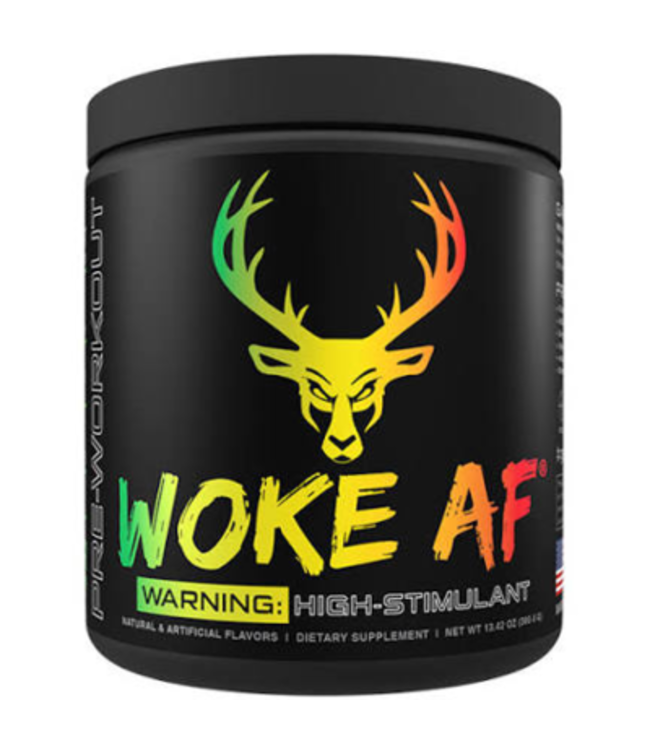 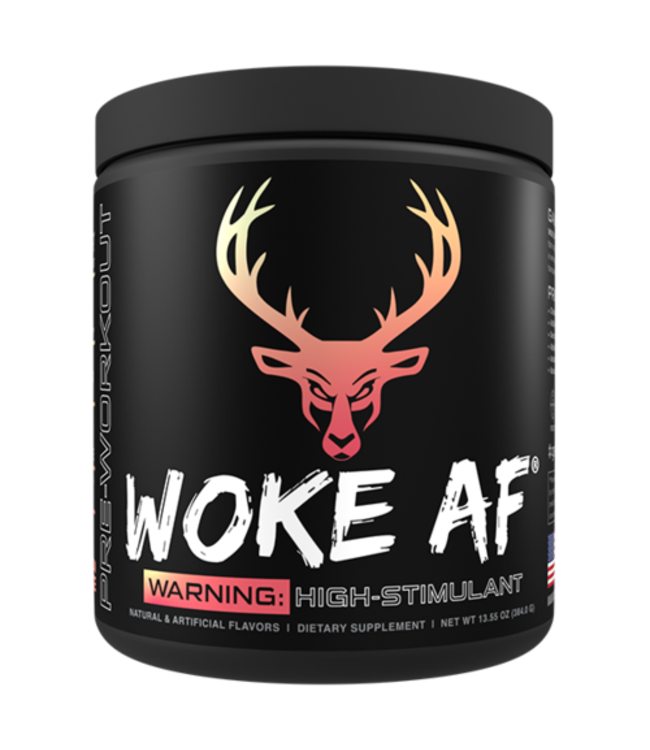 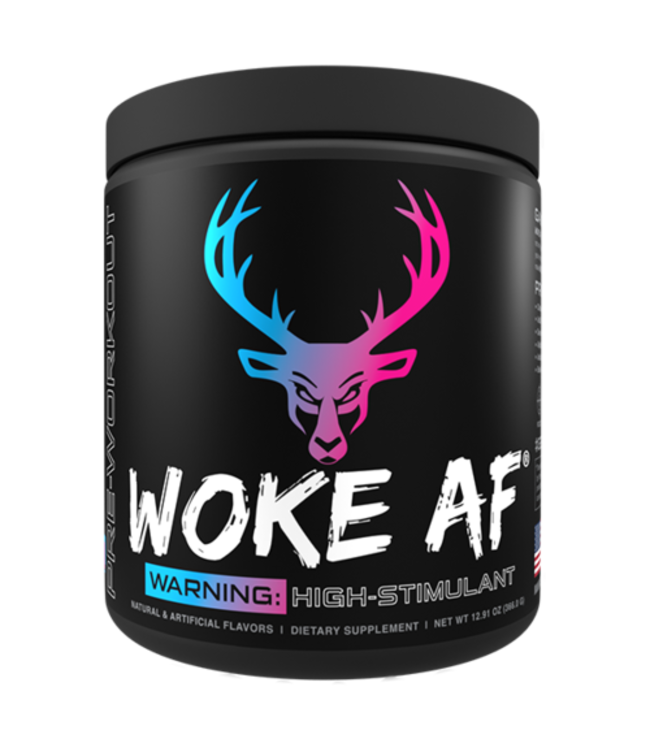 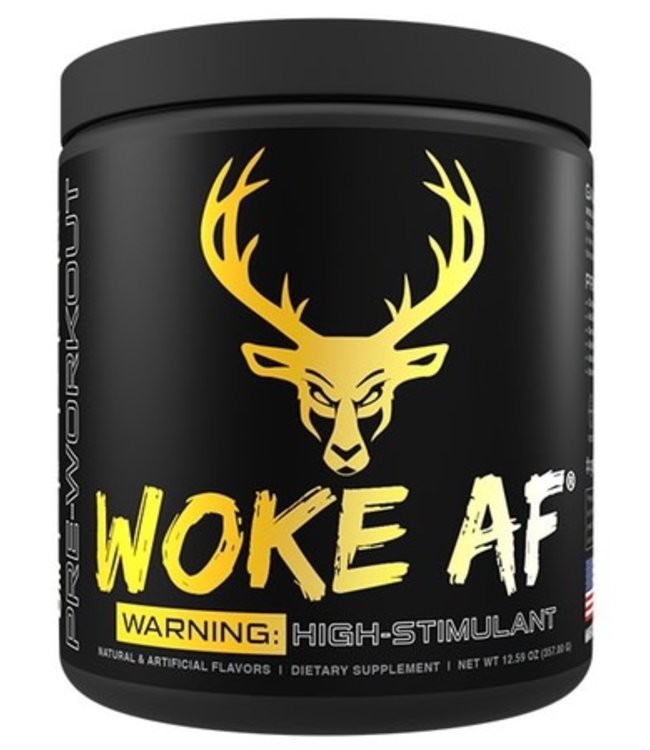 WOKE AF™ is not for beginners, rookies, or people who curl in the squat rack. This stim heavy dose has been formulated for those with only the strongest of tolerances. Read more..

WOKE AF™ is not for beginners, rookies, or people who curl in the squat rack. This stim heavy dose has been formulated for those with only the strongest of tolerances. 3 different stimulants combined with clinically proven cognition enhancers, and a potent delivery mechanism will help you stay WOKE through the most intense workouts, longest work shifts, graveyards, study sessions, (or simply crushing your enemies, seeing them driven before you, and hearing the lamentation of their people).*

Let's repeat something: WOKE AF™ is not for beginners

Glad we’ve cleared that up. Beginners, we mean no offense. We tell you this because we care about your safety (and the safety of the weights). If you’re still considering taking WOKE AF before you’re ready, we cannot be held liable should they find you sitting atop a pull-up bar singing praise to the Buck,

WOKE AF is our highest stimulant pre-workout. It’s for the saiyan insane, the insatiable, and those who refuse to accept anything less than reaching energy levels over 9,000. It’s formulated with clinically studied ingredients (at their clinical doses) to deliver pump, endurance, focus, and performance. But that’s just the quality you expect from any BUCKED UP product. What’s truly astonishing about WOKE AF is the combination of stimulants.

Think of your energy like a rocket. Caffeine goes off first, sending you skyward. Synephrine and Dendrobium kick into gear next; breaking atmosphere, hanging out in space, looking down on all the mere mortals -- how small they all look from the “heavens.”

Many high stimulant pre-workouts use ingredients that burst too hard & fast, and cause engine failure or premature fuel store depletion. Not us. WOKE AF is formulated to shoot you into space, let your soar for hours, and still provide you with a nice, soft landing. In other words, no “Houston, we have a problem,” and no crash.

Benefits You Can Trust

Take 1 serving 15-30 minutes before your workout for increased energy, pump, focus, endurance, and even hydration.

Note: WOKE AF will NOT break a fast or kick you out of ketosis. 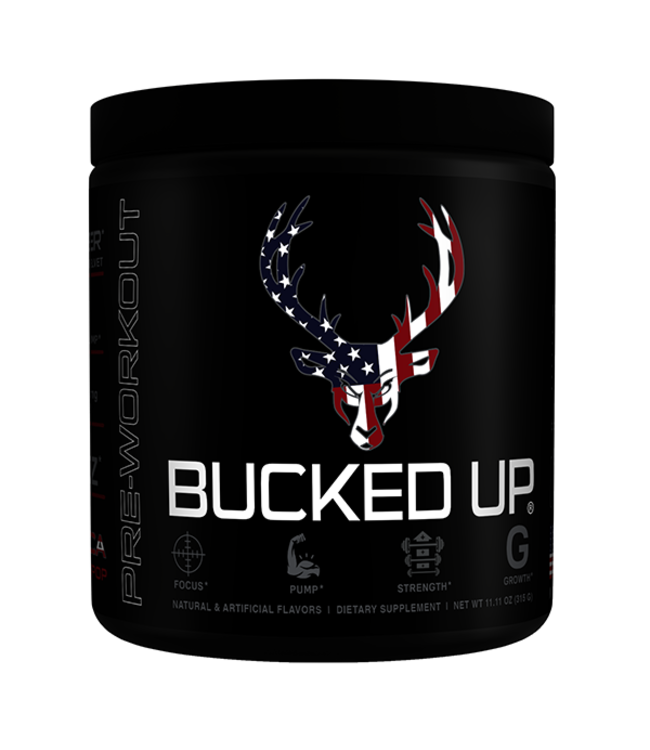 BUCKED UP® was developed with two purposes in mind. To take your workouts to th..
$49.99 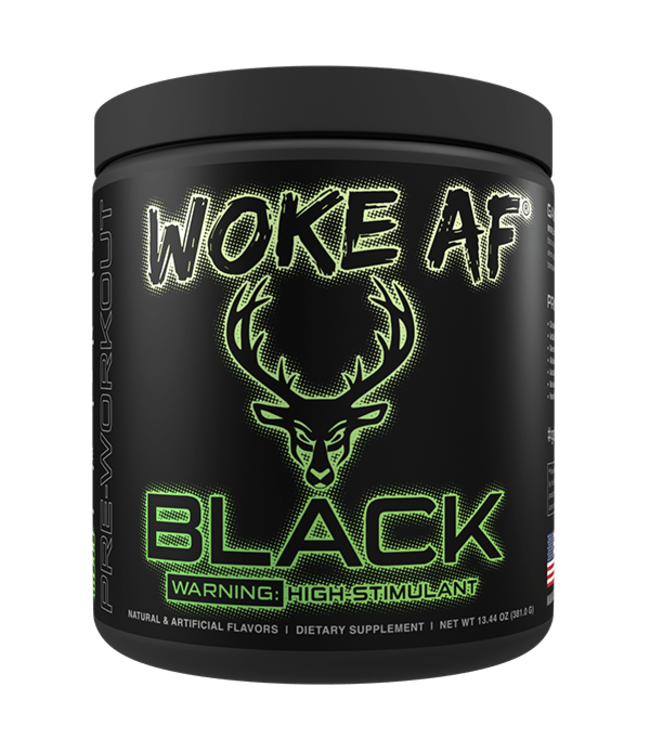 We’ve taken our HIGH STIM Pre-Workout formula up a notch! When it comes to det..
$49.99

Online and in-store prices may differ

WOKE AF™ is not for beginners, rookies, or people who curl in the squat rack. This stim heavy dose..

By using our website, you agree to the use of cookies. These cookies help us understand how customers arrive at and use our site and help us make improvements. Hide this messageMore on cookies »

Stay up to date with our latest offers

Having an account with us will allow you to check out faster in the future, store multiple addresses, view and track your orders in your account, and more.

You have no items in your shopping cart